WordPress reminds me that it’s been a month since my latest post was published, which is a very long time. I’m very sorry about it but I guess we all have to deal with the fact that I’m the worst blogger in the blogosphere. I swear that even if I’m not posting a lot lately, I’m still working for you and you will see the final result pretty soon (and I’m sooo excited about it!). Now, enough with this chit-chat and let’s get on with this new post! 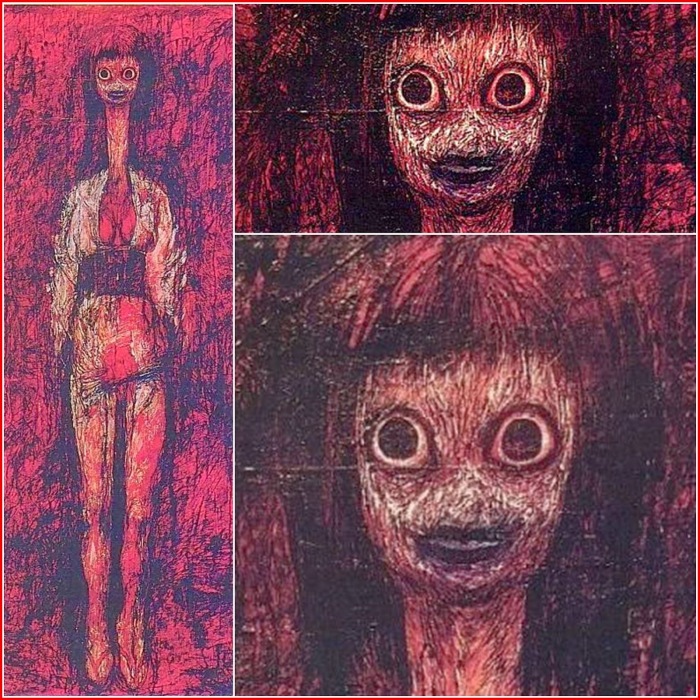 Tomino’s Hell (Tomino no Jigoku – トミノの地獄 ) is an ancient Japanese poem written by Yomota Inuhiko in a book called “The Heart is Like a Rolling Stone” and even before, included by Saijo Yaso in his 27th collection of poems in 1919.

There’s only a warning that “If you read this poem out loud, tragic things will happen.” Just like a curse. In fact, a Japanese speaker told of having had to read it out loud during a broadcast, but about half of the text he accused a stiffening of the body, which forced him to quit. He said: “I once read Tomino’s Hell on the air for an online show called Radio Urban Legends. At first everything was normal but gradually it became difficult to read. I read half of it and then I broke down and threw it away. Two days later I got injured and I was left with seven stitches. I do not want to think that this was because of the poem.”

According to the legend, Tomino was a disabled child  who after writing this gruesome poem was punished by his parents who locked her in the cellar, refusing to feed her until the arrival of death. His spirit is stuck in the words of this poetry, which when read aloud, evoke the curse.
The first victims were Tomino’s parents, for a succession of mysterious deaths linked to the poem.

Here I leave you the poem in english and in its original version in Japanese (which is the cursed one) and you should only read it with your mind, if you were to read it out loud, then you must take responsibility for your actions.

Hell is wrapped in darkness and even the flowers don’t bloom.
鞭で叩くはトミノの姉か、

I wonder whose blood is on it?
叩けや叩きやれ叩かずとても、

Would you lead him to the dark Hell,
金の羊に、鶯に。

To the sheep of gold, to the bush warbler.
皮の嚢（ふくろ）にやいくらほど入れよ、

Fit as much as you can into the leather sack,
無間地獄の旅支度。

For the preparation of the journey in the familiar Hell.
春が 来て候（そろ）林に谿（たに）に、

Spring is coming even in the forest and the stream,
暗い地獄谷七曲り。

Even in the seven valley streams of the dark Hell.
籠にや鶯、車にや羊、

The bush warbler in the birdcage, the sheep in the wagon,
可愛いトミノの眼にや涙。

kawaii tomino no me niya namida.

Tears in the eyes of cute Tomino.
啼けよ、鶯、林の雨に

He shouts that he misses his little sister.
啼けば反響（こだま）が地獄にひびき、

If they’re in Hell bring them to me,
針の御山（おやま）の留針（とめはり）を。

hari no oyama no tomehari wo.

The needle of the graves.
赤い留針だてにはささぬ、

I won’t pierce with the red needle,
可愛いトミノのめじるしに。

In the milestones of little Tomino.