While sometimes urban legends are based on nothing but complete fiction, occasionally there is a kernel of truth to the stories, albeit with more fantastical details added over the years. This is one of the latter. You see, the legend of the Green Man, also known as “Charlie No Face,” is based on a real person who suffered a horrific accident as a child. 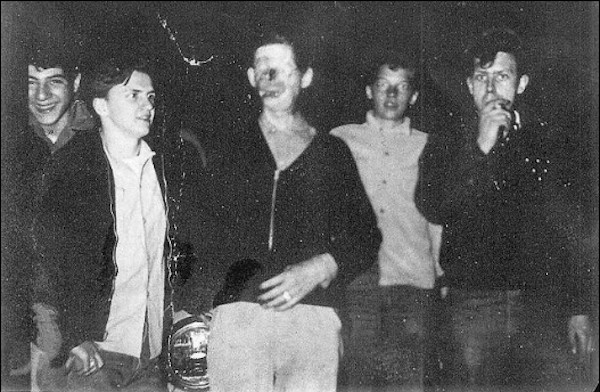 In the Pittsburgh, Pennsylvania area, children are often told the tale of a monstrous creature, a faceless man that wanders the streets at night, stalking the roads, looking for prey.  They call him the “Green Man” or “Charlie No Face”.  “If you go out after dark, Charlie No Face may grab you.”  “If you stay out too late,  you may run across the Green Man who will steal your face to place over the gaping hole where his  face once was.”  “He roams the hollow late at night and chases the parkers and the loafers away.” It’s a right of passage in the area – young people frighten themselves and others with stories of the Green Man or Charlie No Face. The legend says that Charlie No Face was a utility worker who was killed by a downed power line that burnt off his face and tinged his skin green.  In another version of the tale, Charlie No Face was struck by lightning, failed to die, and crept into an old abandoned house where he lived out the rest of his days venturing out only at night to terrorize residents of the area.

Raymond Robinson was born on October 29, 1910 in Beaver County, Pennsylvania.  On June 18, 1919, when he was eight years old, Raymond was heading to a local swimming hole with some friends when he stopped to climb up the Morado Bridge, which spans Wallace Run outside of Beaver Falls, to see if a bird’s nest located high on a girder contained any birds or eggs.  It was understood that the bridge, which has since been torn down and replaced, supported an electric trolley cable carrying 22,000 volts of electricity (some say 1,200 volts – there were multiple trolley cables laid across the bridge).  It was also known that another child, Robert Littell, had died after touching the dangerous cable a year earlier. Because of this, the other boys were afraid to climb the girders of the bridge.  But not little Raymond.  As Raymond climbed the bridge trestle, he slipped and fell, touching his face and upper body on the trolley cable as he tumbled to the ground.  The electrical shock he sustained produced a powerful explosion and little Raymond was gravely injured. Raymond was expected to die from his injures but somehow, Raymond survived.  Unfortunately, his face looked “as if it had been melted with a blow torch”. His eyes were gone. His nose was gone. His lips and ears were terribly disfigured. His left arm was burned off at the elbow and his upper torso was badly scarred. As a result, Robinson spent considerable time in Pittsburgh hospitals after the accident but numerous surgeries, which basically amounted to sewing flaps of skin across the gaping holes where his eyes and nose had been located, did little to improve his appearance.

The legend of the “Green Man” began circulating around the 1950s when drivers spotted Ray during his walks along the side of the road. Locals believe the name “Green Man” originated from the green shirts Ray reportedly occasionally wore out on his walks. However, it should be noted that locals more commonly called him “Charlie No Face.”

Ray’s nighttime walks became fewer and far between as he aged. Then they stopped completely in the 1980s when he moved into the Beaver County Geriatric Center. He died there of natural causes at the age of 74, on June 11, 1985.

Loss of dignity can be expected during the pledge process, but 19-year old Tyler Lawrence ended up losing a testicle, pledges at Wilmington College’s Gamma Phi Gamma house, known as “Gobbler House,” were blindfolded, ordered to strip and “lie on the floor and imitate a swimming action.” They then had “a substance described as being like ‘Icy Hot’ applied to their nipples, back, buttocks and scrotum” and were whipped with towels. Lawrence ended up going to the hospital where his testicle was surgically removed due to “damage caused to him when he was struck by the towel.”

Brittany Sterling, pledged at Zeta Phi Beta sorority, was forced to clean up juice from the floor using her back and act as a trash can for the other girls, taking whatever garbage they had and carrying it in her pockets.

But, sometimes the entire situation could go too far and hazing allegedly turned deadly. In 2011, a 19-year-old sophomore student at Cornell died after he was kidnapped, bound with zip-ties and duct tape, and forced to drink as part of an Sigma Alpha Epsilon hazing ritual, his blood-alcohol level was five times the legal limit.

In 2002 students Kristen High and Kenitha Saafir died, a lawsuit filed after their deaths claims that while the girls were pledging Alpha Kappa Alpha, they were required to do hours of exercise and then walk backwards into the ocean. When a wave swept Saafir out to sea, High swum after to help, knowing Saafir couldn’t swim. The rough waves drowned both girls.

Though some schools are aiming to crack down on this type of dangerous behavior, hazing rituals will continue to go unpunished… if they stay secret. Would you respect your vow of secrecy?! 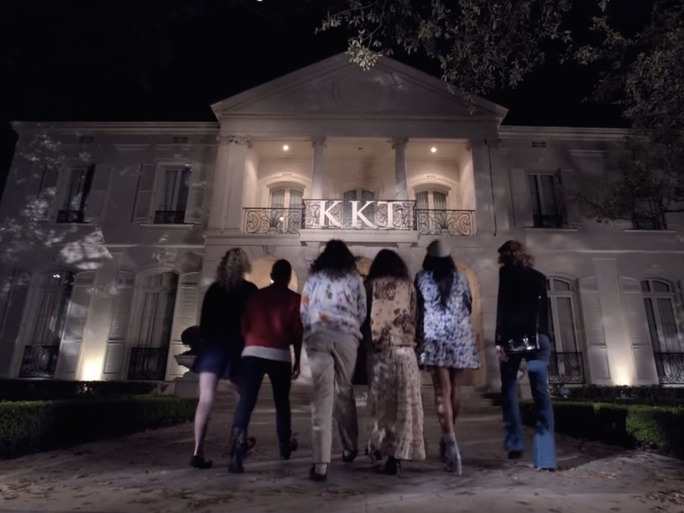 P.S: Yours truly is on Snapchat, username: elleweirdo (’cause ellepalmer was already taken -.-). Feel free to add me/send me weird, bizarre, spooky stuff (I know, I’m writing this at my own “risk”). ❤

As you might know I’m attending a Forensic Science course and, honestly, this experience is becoming the most interesting experience in my life. I’m learning a lot and recently I discovered a weird side of this subject: BODY FARM!

I’ve always thought about body farms as something you can only see in a horror movie, an extended field all disseminated by body parts and decomposed bodies. I know, this is not a pleasant scene.

The term Body Farm indicates a ground on which are deposited various corpses for scientific observation. Inaccessible to the public who is not involved with the study of this topic, this place offers the opportunity to study the decomposition process in the most diverse conditions. The bodies object of the studies are provided from people who donate their bodies for science and medical research.